Mike Obiku is a former professional football player with a 14 year career in Africa, Europe and Asia. He is one of the few African coaches with UEFA A, B and C diplomas (KNVB, Zeist, Netherlands). As a professional coach Obiku gained experience at Feyenoord, Sparta and Excelsior. He is currently active as head coach at Feyenoord Soccer Schools. 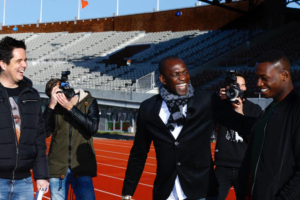 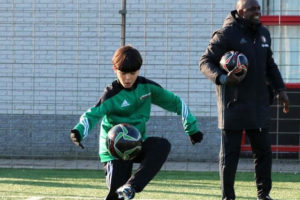 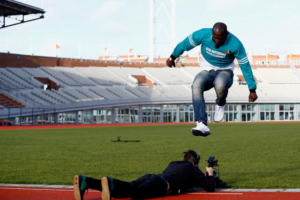 Obiku started his career with Flash Flamingoes in his native Nigeria and earned a move to highfliers Iwuanyanwu Nationale. From there, he moved on to become very successful in Cyprus. Then Feyenoord Rotterdam chairman Jorien van den Herik, who had a house on Cyprus, lured him to Rotterdam. On club level he won the Dutch Eredivisie in 1993 and the KNVB Cup in 1994 and 1995 with Feyenoord. He later became the first Nigerian to play in the J1 League.In 1999–2000 he returned to Cyprus and to his favourite team Anorthosis Famagusta FC. He scored 13 goals and helped his club to win the Championship for the 4th time in a row in Cyprus. After so many years Obiku is still one of the legends of Anorthosis Famagusta FC and he is considered one of the all-time best players who ever played not only for the club but also in Cyprus. The fans never forgot his first spell in the club in 1989–1992 scoring 36 goals and gave him the nick “Black Diamond”.

When Obiku scored for Feyenoord, he usually took off his shirt, threw it on the ground and danced around it.

During a match against Willem II he jumped in the fences surrounding the pitch and injured his hands while grabbing the barbed wire. He did play on but had to have treatment on his bleeding hands first.

On 8 March 1995 he won over the Rotterdam supporters when he scored the golden goal in the KNVB Cup quarter-finals against eternal rivals Ajax Amsterdam. Ajax won the Champions League that season but were finished off by Obiku thanks to a marvellous solo effort.

He represented the Nigerian national team at the 1988 African Cup of Nations, played in two World Cup qualifying matches[2] and played 12 minutes at the 1988 Summer Olympics. He played his final international match in April 1993 against Ethiopia.

After his active career as a football player, Mike Obiku focused on a career as football coach. He got his education at the Feyenoord youth training program. In 2005/2006 he started working at Alexandria ’66 (a Dutch amateur team). Mike Obiku also was a youth trainer at Sparta Rotterdam, but is currently active at Feyenoord’s International Department. He currently gives football clinics all over the word.